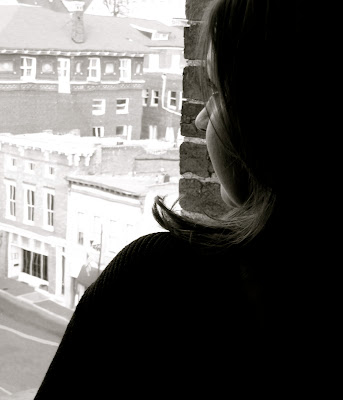 When Cressida reveals her love for Troilus, she frames her heart as her gift from boldness. Before meeting Cressida, a pining Troilus compares his heart to an open ulcer. Once confronted with the imminent loss of Cressida, Troilus imagines the act of handing her over to that of a priest sacrificing his own heart. In her final speech, Cressida reckons with what her heart now sees.
José Rivera in his “36 Assumptions about Playwriting” quotes William Faulkner as saying “the greatest drama is the heart in conflict with itself.” Shakespeare filled Troilus and Cressida with such conflicts. Troilus does not want to turn Cressida over. But he does. Cressida does not want to betray Troilus. But she does. The fact that neither of them has much choice in the matter does not make it any easier. Rather the antithesis of desire and limit drives the desperation of the play.
The limits in Cressida derive from a stagnant and apathetic political world. As one of my actors observed, the men in Cressida are incredibly high status characters (kings, princes, generals) who have very little power. The network of political and social alliances formed by the Trojan War overwhelms them. Greeks and Trojans, alike, seem to succumb to Gloucester’s vision of the universe in King Lear: “as flies to wanton boys are we to the Gods, they kill us for their sport” (4.1).
Cressida opens tonight at the Blackfriars Playhouse in Staunton, VA. Two Performances Only. 8 pm January 30th and 31st. Admission is Free.
Cressida is an adaptation of William Shakespeare’s Troilus and Cressida. To read more about the adaptation, see my previous post To Cressida, With Love or Notes from the Breach: A Tale of Unmoderated Grief in the Shakespeare Standard.
Posted by Asae Dean at 5:13 AM No comments:

To Cressida, With Love


After Cressida confesses “Prince Troilus, I have loved you night and day / For many weary months,” Troilus asks “Why was my Cressid then so hard to win?” She replies with one of the best speeches Shakespeare ever wrote: “Hard to seem won, but I was won my lord.” And so was I; I have loved Cressida ever since.
And I’ve been angry at Shakespeare on her behalf, not so much for what she endures as for her final words. The morning after Troilus and Cressida’s first night together, news arrives that the Greeks are willing to hand over a valuable prisoner of war, the Trojan commander, Antenor, in exchange for Cressida. The Grecian commander, Diomedes, has already arrived to deliver her. Troilus promises to sneak into the Grecian camp to see her but cannot prevent her going or promise to aid her in escape. Behind the exchange is Cressida’s own father, Calchas, who knows nothing of his daughter’s new found love. Calchas, a prophet, betrayed Troy, abandoned his daughter and has lived an exile in the Grecian camp ever since. When Cressida arrives at the Greek camp, the generals take turns kissing her in a scene which has variously been interpreted as proof of Cressida’s promiscuity, a cross-cultural misunderstanding, and a gang-rape. Troilus does sneak into the Grecian camp only to see Cressida award Diomedes the sleeve that Troilus gave her at their parting. So after being torn away from her new lover, kissed by all the Grecian generals, and having to come to a heartaching decision about whether to place her trust in Diomedes, what does Shakespeare give Cressida to say? A misogynist soliloquy that ends with one of the worst rhymes in all of Shakespeare: "conclude" and "turpitude."
There are lovers of Shakespeare’s Troilus and Cressida who will emphatically argue that Cressida’s final soliloquy is appropriate. The play is a deeply cynical look at the distance between people’s aspirations and their behavior. Cressida learns to think women are sinners who cannot trust their own eyes because everyone in Troilus and Cressida is invested in rationalizing their own inadequacy rather than striving for a better world.
Such a viewpoint takes into account the epic scale of Troilus and Cressida. Shakespeare devotes less stage time to either of the characters for whom he titled the play than he does in Romeo and Juliet or Antony and Cleopatra. Troilus and Cressida speak roughly 23.5% of the lines in their play; Romeo and Juliet’s lines account for 38.5% of that text, and Antony and Cleopatra out-talk all the lovers with 49% of the dialogue. And while the men speak more than the women in all three plays, Cressida says less than Troilus by a greater proportion. Antony has 5% more lines than Cleopatra. Romeo says a mere 2% more than his Juliet. Whereas, Troilus has double the lines of Cressida. No wonder Cressida can get lost in her own play. It’s not really hers.
So I have given Cressida her own play. From Shakespeare’s Troilus and Cressida I have sculpted a shorter play, Cressida, that focuses on her journey. The text is still 90% Shakespeare (turpitude aside, the man’s writing is awesome in every sense) and 10% mine. I have added bits of her father’s back story back in – according to The Iliad, Calchas is the one who advises Agamemnon sacrifice his daughter so that the winds return to sail their ships to Troy. Calchas involvement in such an incident disturbs my Cressida. It is one of the earliest lessons she learns about the value of women in her society. I have also restored some elements of Chaucer’s Cressida. In Troilus and Criseyde, Cressida dreams that an eagle rips her heart out and replaces it with his own. (Fantastic.) Chaucer presents the dream as equally violent and erotic, such a dream seemed the perfect premonition for Cressida of the courage she needs. Cressida is a story of love in a time of war; a coming of age tale; a legend of loss.
If you're near Staunton, Virginia, come see Cressida at the Blackfriars Playhouse. 8 pm. January 30th & 31st.
Posted by Asae Dean at 11:57 AM 2 comments: