Helen: In the Company of Women

Cressida is a very isolated young woman. Her lack of female companions distinguishes her from other Shakespearean ingénues: Juliet has both a mother and a Nurse, Cleopatra has Charmian and Isis, Rosalind has Celia, and so forth. Cressida is in the company of Ophelia and Miranda. Of course, Ophelia and Miranda have access to their fathers, whereas Cressida’s dad has turned traitor and fled the country. Cressida is so alone.

Helen is not. She is surrounded by women. Helen has a mother, a sister, and a daughter. Part of the joy of writing Helen is digging into the stories of the women who surround Helen and figuring out how their narratives intersect with hers – and what use they make of each other’s narratives.

In in the interest of keeping this post from becoming a novella, I am going to just profile Helen’s mother, and leave her sister and daughter for later posts. Helen’s mother is the legendary Leda, whom Jove either seduced or raped. It would be nice if the sources could agree on this point, but they do not. I guess I should not be surprised that the sources are ambiguous. They are the works of ancient poets and playwrights and it is not as though either lawyers or artists have resolved the problem of proving or representing rape in the intervening centuries. Sigh. Deep, deep sigh.

Did I mention that Jove was a swan at the time? That’s right. A Swan. Leda hatched Helen and her siblings. Or at least, that’s what both Cesare Sesto (left) and Leda Melzi (right) depict in Leda and the Swan after a lost original by none other than Leonardo da Vinci. 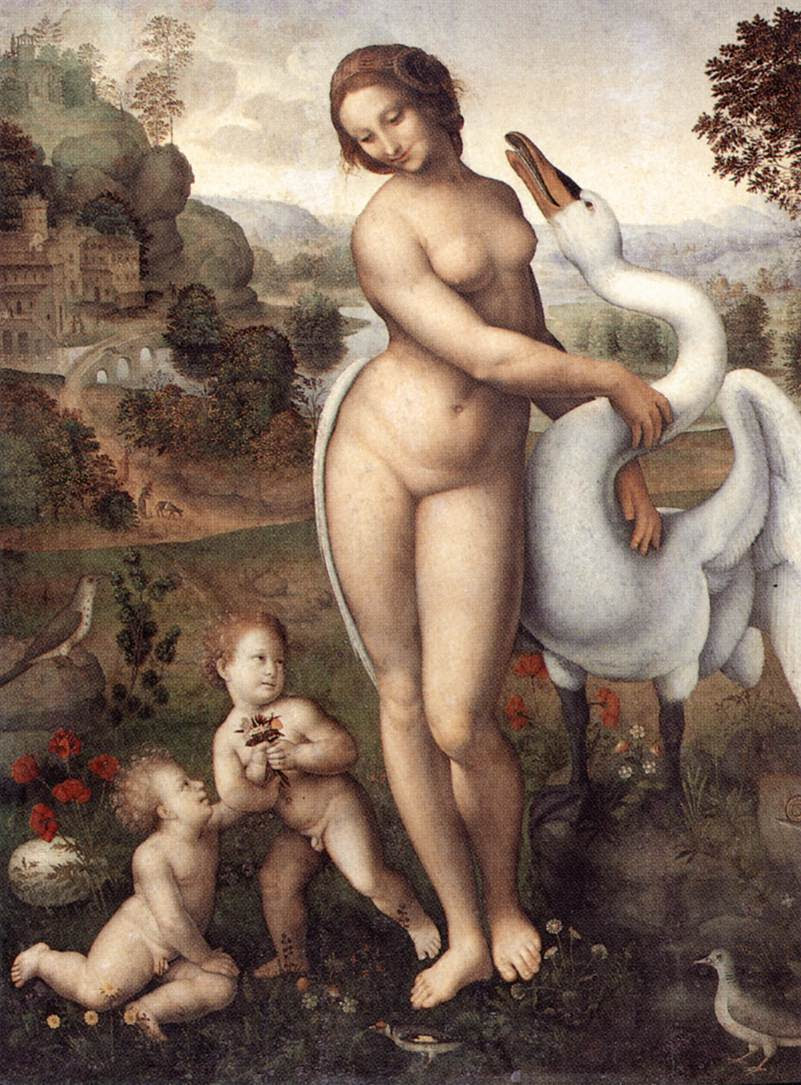 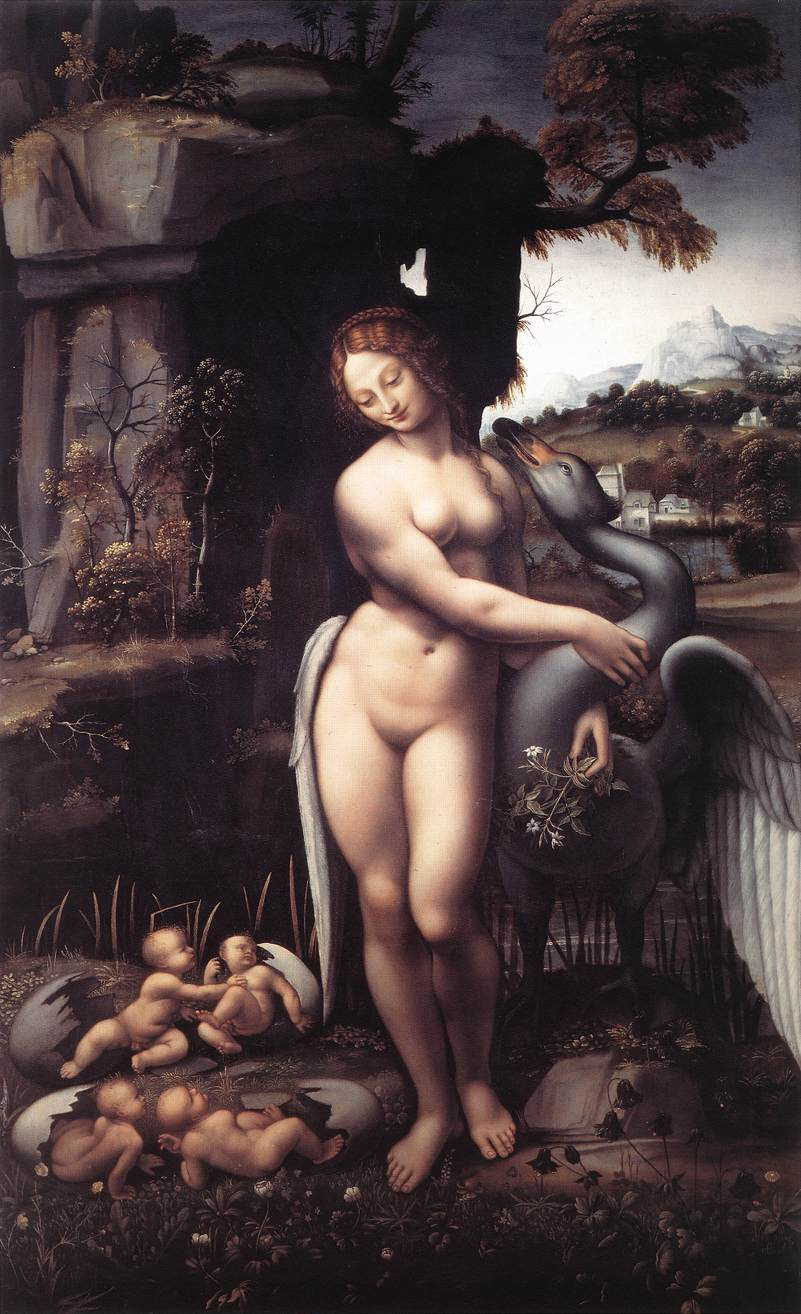 Jove apparently had a penchant for this sort of thing. He transformed Io, a nymph and his mistress, into a cow to hide her from his wife. Ellen McLaughlin includes poor, sweet Io in her terrific adaptation of Euripides’ Helen. Before I started writing my own Helen, I was dying to do McLaughlin’s. One day.

If the tale of Leda and the Swan strikes you as a bit incredible, you are not alone. Margaret Atwood exploits the incredulity of the whole swan business in the fabulous poem Helen of Troy Does Countertop Dancing. My favorite take on the business of Leda and the Swan, though, is William Butler Yeats’ poem of that title.

Yeats’ vivid description accomplishes that alchemy of great art: turning the fantastic into fact. Jove is a swan, and he is raping Leda, and it is terrible. The question Yeats ends with is whether Leda might have had at that moment a prophetic vision of the fall of Troy and the murder of Agamemnon. Through this suggestion, Yeats marks the beginning of the end at the moment of Helen’s conception. It is a horrifying thought; one that would surely torture Leda and her family, if any of them believed it.

Leda will appear in Helen and like Yeats, I am accepting both that Jove turned into a swan and asserting that he raped Leda. She is an awesome character: a rape survivor, a mother, a wife, and a stateswoman. The way these identities affect each other is complicated, and I think the play is going to be infinitely enriched by Leda’s presence. Now back to, you know, writing the play.


There is an amazing gallery of Leda and The Swan art over on the Visions of Whimsy blog.